The bulk carriers to be built in Sri Lanka are innovative as they will have lower emissions compared to conventional bulk carriers of the same size. Each vessel will measure approximately 293 feet in length and is powered by a 4-stroke diesel engine with an electric hybrid system supplying additional power through a battery system. They will have a load capacity of 5000 DWT, carrying cargoes including grain, timber, unit loads, and containers.

The concept and the basic design for these innovative bulk carriers was developed by Wartsila Ship Design Norway AS and the detailed design work will be carried out by Colombo Dockyard.

The contract for the construction of six eco bulk carriers, with an option for four additional vessels, was signed on March 14, 2020, and is scheduled to become effective in September 2020, subject to final board approval. The first vessel of the series is scheduled to be delivered in 18 months and the subsequent vessels will be delivered at four-month intervals.

Misje Eco Bulk AS is a fully owned subsidiary of Kåre Misje & Co., a family-owned Norwegian company that provides a complete package of services from chartering and operation to technical and financial management. 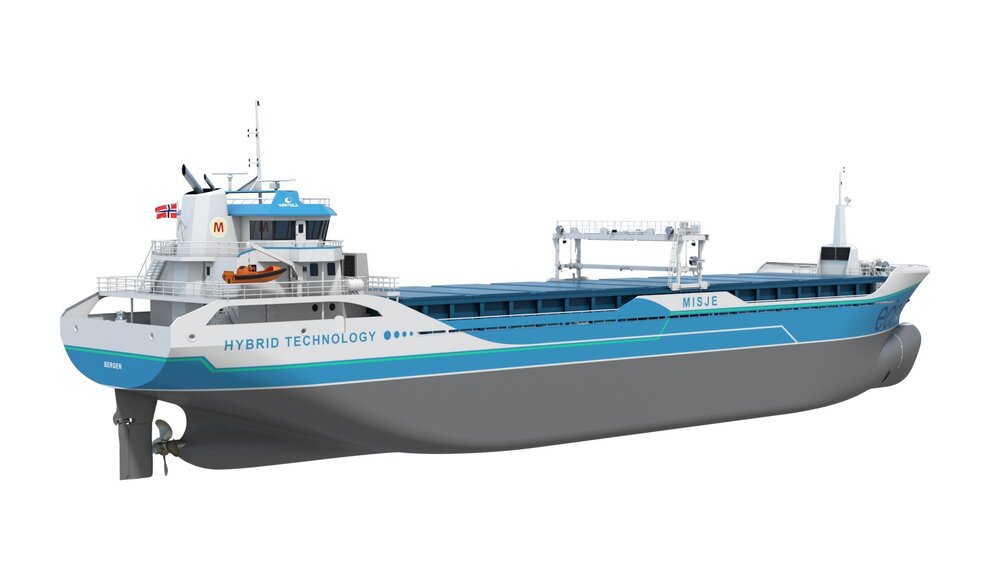 Colombo Dockyard, which is 35 percent owned by the Sri Lankan Government, has been targeting the European market, especially for the construction of eco-friendly bulkers, cable laying and repair vessels, service operation vessels, and alike, which it believes are in demand and align with the shipyard’s capabilities.

A month ago, India’s Cochin Shipyard also announced that it signed contracts for the construction of two autonomous electric ferries for ASKO Maritime AS, Norway with an option to build two additional vessels. These autonomous electrical vessels are part of a project funded by the Norwegian Government aimed at emission-free transport of goods across the Oslo fjord. The 220-foot vessels will be Full-Electric Transport Ferries, each powered by 1846 kWh capacity battery. After commissioning of autonomous equipment and field trials in Norway, it will operate as a fully autonomous ferry that can transport 16 fully loaded Standard EU trailers on each trip.

source of information –  THE MARITIME EXECUTIVE